General Information on the Company 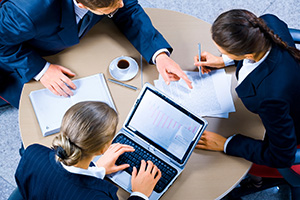 Zespół Ekspertów Finansowych „Auditor” Sp. z o.o. [Auditor Team of Financial Experts] was established in 1992 as a commercial company and was entered into the list of entities authorized to audit financial statements kept by the National Chamber of Statutory Auditors under entry number 914. We are the one of the largest auditing company on the Coast.

All company shareholders comprise private individuals who are Polish citizens, i.e. chartered auditors.
We conduct audits of individual reports, accumulated reports, and consolidated reports drafted in line with the Accountancy Law or International Financial Reporting Standard and accompanied by an opinion as well as a report upon audit’s completion (also in English or German language versions) according to principles set in the Accountancy Law and standards of performing the vocation of chartered auditor. In line with the Law on Chartered Auditors and Related Authorities, we have been holding liability insurance since our inception.

Until 2000, our company’s registered office was in Gdańsk, while currently we are seated in Sopot.

Our current employee number is 7 chartered auditors who audit financial statements and several individuals employed in the capacity of assistants in charge of auditing financial statements. All individuals employed in the company hold higher education degrees in Economics or pursue studies at higher education institutions. Moreover, we employ experts to conduct strictly defined duties (participation in financial reports audits, performing analyses, conducting evaluation of books kept by business entities, price valuation of enterprises, etc.) We also offer the chartered auditor apprenticeship program, which we conduct on an ongoing basis. Steady growth should be noted over the entire period of company operations, both in terms of revenues as well as the number of institutions audited. 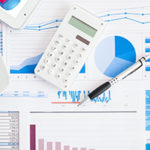